It’s no secret that iron, an essential nutrient, is necessary for proper body function.  In addition to metabolizing proteins and playing a role in the production of hemoglobin and red blood cells, iron also, in turn, helps prevent conditions like anemia. Other health benefits include reducing fatigue.

Only, like most good things, too much iron can be bad for your health. In fact, iron overload can lead to liver damage, diabetes, discolored skin, heart attack, and cancer notes the University of Maryland Medical Center. An influx in iron has also been linked to sickle cell disease. As previously touched on, approximately 1 out 13 African American babies are born with the sickle cell trait, while 1 out of every 365 Black babies are born with the disease. 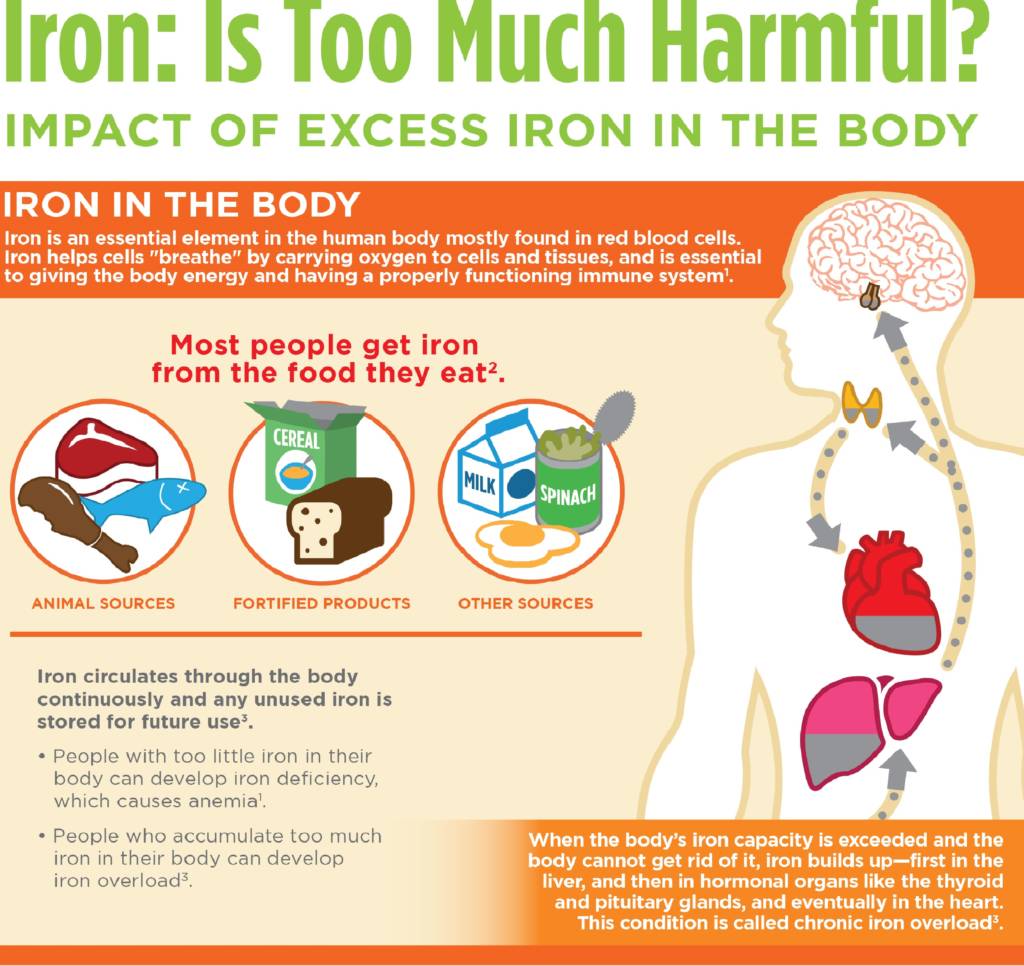 Fortunately for those experiencing a spike in iron, there are a handful of steps to reduce levels. By adjusting the foods, you eat and targeting those which impact absorption amounts, you can ensure you’re getting what you need, without all the fuss.

According to the National Institutes of Health (NIH), men should get 8 milligrams daily, while pre-menopausal women need 18 milligrams.

Saying no to foods that contain high amounts of iron, especially heme iron, can lower iron levels in your body.  This is beneficial if you have hemochromatosis – a genetic, metabolic disorder that if left untreated, can damage joints, organs, and become fatal. It affects over 1 million Americans, the Iron Disorders Institute states.

Such iron-rich foods to avoid include oysters, red meat, beef liver and dark-meat poultry, per the Office of Dietary Supplements. If you do consume small amounts of these iron-rich foods, opt for a side that’ll aid in decreasing absorption. Such iron absorbing foods include milk, yogurt, cheese, sardines, canned salmon, tofu, broccoli, almonds, figs, turnip greens and rhubarb.

The Latest In Sickle Cell Anemia

I was attending a Group Fitness Modality Training when I met another trainer by the name of Candyce Heather. We had a lot in common-- as in life, we were the minorities in the room, African American women with very [Read More...] about Sickle Cell Warriors: How Candyce Heather Stays Fit

Hispanic-American women have double the prevalence for anemia compared to Caucasian women. The risk for anemia in adolescent girls is about 3%. Anemia is generally mild in young women, however, and is more likely to occur with one or more [Read More...] about 10% Of Latinas Suffer From…