Human trafficking is a global problem and while many of us think it only happens in poor under-developed countries, this is not true. Not too long ago we heard of Ariel Castro who kidnapped 3 women and imprisoned them in his house for over 10 years. Human trafficking exists and it’s an issue that affects people all over the world, including your neighborhood. 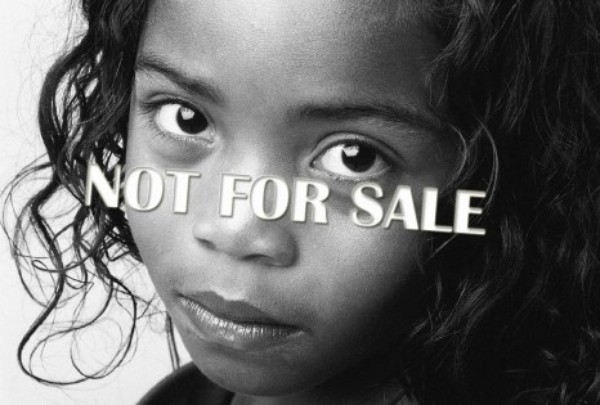 Human trafficking is a form of modern-day slavery, where someone uses coercion, fraud, or takes full control of a person and forces them to do things like commercial sex acts, labor, or services against their own will.

“I think one of the most important things about human trafficking is that it doesn’t discriminate, it can happen to anybody, to anyone’s child, next door neighbor, it can happen anywhere,” explains Lourdes Nieto.

The one factor that human trafficking victims share is vulnerability because there have been cases where victims have come from well-off families, not necessarily from poor communities. “There’s always one thing that links them and it’s vulnerability, whether it’s socio-economical, mental, emotional, many times parents could be working, but the attention is not there,” she says. It is a serious issue in the Latino community because a lot of times we don’t talk about these things because it’s a stigma.

“Machismo still carries on today because if something happens to your child you don’t want people talking about it because they think about what people are going to say,” explains Nieto. When things like this happen, instead of going to the authorities, they just sweep it under the rug and they decide to not talk about it.

ALSO: Should Sex Education Start At School Or At Home?

When people discover these types of things are happening, whether it’s child abuse, sexual abuse, physical abuse, or human trafficking it’s not something we don’t like to address, it’s something we turn a deaf ear on and it shouldn’t be that way.

“I have a teenage daughter and I can speak out of experience; it is a touchy subject that needs to be addressed,” she says. You need to talk to your children about sexual abuse, you need to talk to your kids about people touching them and approaching them. It’s ok to say no and you have to tell your kids that their bodies are theirs and it’s not right for others to touch them, she adds.

If they see those red flags from anyone that approaches them they know they can come to their parents, teachers, doctors, counselors, nurses, and even police officers for help. It’s very important that there is a conversation going on and that they know everything they need to know, so they won’t be caught off guard.

If you suspect something, call the National Human trafficking Resource Center and they will log this and do an investigation and alert authorities that there’s something going on. Never put yourself at risk and if there’s something you witness, immediately call 911 and give them as much detail as you can remember.